How to make your Domino backups faster - Part One.

We have seen some great CollabSphere2022 presentations and there has been some focus on backups, so here's our tried and tested......

How to make your Domino backups faster

The newly released Domino V12 includes the Domino Backup component as one of it's new features. Domino Optimizer V12 has also been released as a V12 companion including integration with the new Domino Backup feature, so we thought it would be a great time to look at what happens when you back up non-optimized and fragmented databases, in comparison to optimized databases.

It is a fact that non-optimized and fragmented database files (In a physical or virtualized environment) have an insidiously bad impact on the Domino server's overall performance, the O/S itself and also backups. For the Windows O/S to work with fragmented files it must issue more I/O requests. This results in Split I/O's, a situation where unnecessary multiple I/O requests are generated to deal with the many fragments of each file, contributing to I/O bottlenecks and then resulting in some requests being blocked while others are fulfilled and this will occur regardless of storage type. Here we look at the differences seen when backing up non-optimized nsf files compared to nsf files that have been maintained by the Domino Optimizer.

The advantages can be clearly seen during testing, as measured by the server O/S and seen depicted graphically when backing up a database, non-optimized versus the same database optimized (we have seen production Domino servers chock full of databases like this). You should maintain not just the databases themselves but also the contiguous free-space required for the Domino DBMT pre-allocation feature to work, the Domino Optimizer does all this. 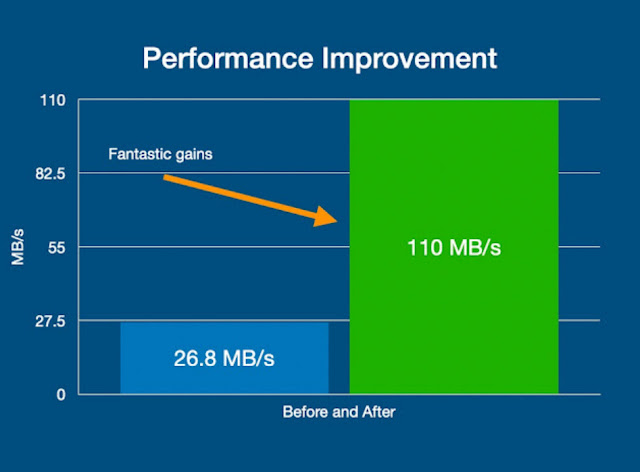 The pics below show the substantial difference in backup stats logged for the exact same database as typically maintained by Domino Optimizer in a contiguous state and also in a typically un-maintained fragmented state.

Database Backed up when maintained by the Domino Optimizer: 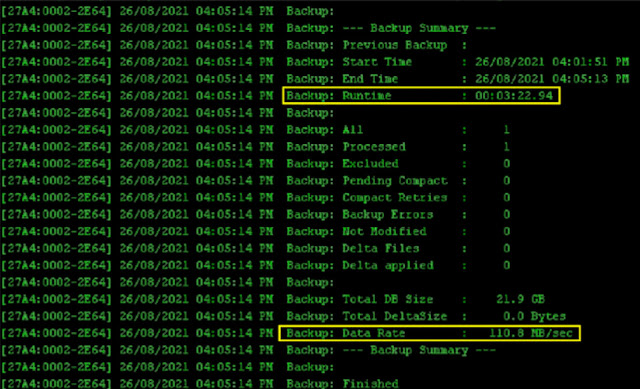 Same database backed up when not Optimized: 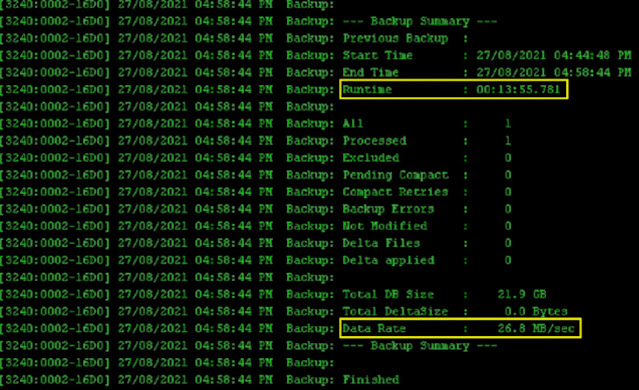 Database Backup I/O when maintained by the Domino Optimizer: 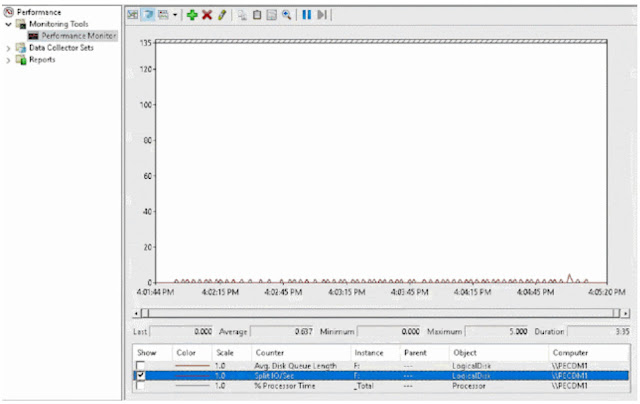 Same database backup I/O when NOT maintained by the Domino Optimizer: 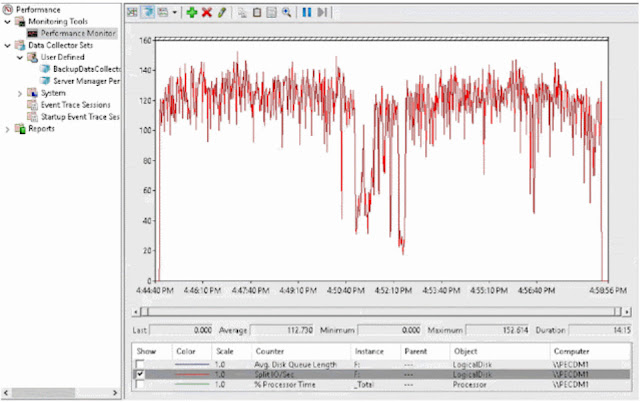 After the testing completed the Domino Optimizer performed it's am scheduled maintenance on the nsf file and returned it to a contiguous state as part of optimization processing.

NEW - "Then backup with options" setting on the Domino Optimizer's scheduler for each day to call Domino 12's new backup feature automatically after maintenance:

Head over to our website and give it a try for free.