On several occasions now we have had Domino and SAN storage users come to us for help with their system (NTFS and Domino) basically crippled with fragmentation, after being told "they did not need to defrag because they were using SAN storage".

Here's a screen-shot taken  from one such customer, almost 1 Million fragments! 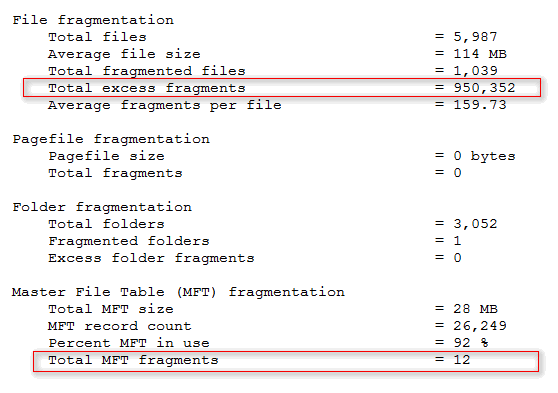 Do you really think Windows, Domino and Backups were performing well, or even aware of the super expensive, high powered back-end SAN storage? NO!

"File systems on SANs and VMs fragment. Lots of Fragmentation is BAD...."